Kazakhstan’s foreign trade fall by 30.4% year on year in January-June 2016

The country’s foreign trade continues to be significantly impacted by a number of unfavourable circumstances, including low contract prices of oil and other export commodities, falling production and export indicators for oil, reduced demand from the Russian and Chinese markets and so on. Foreign trade is also continuing to suffer from high volatility in exchange rates. 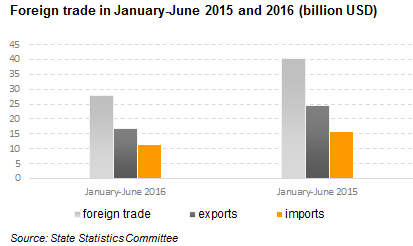 We've sent you activation link over an email.

Enter your email which you used during registration.